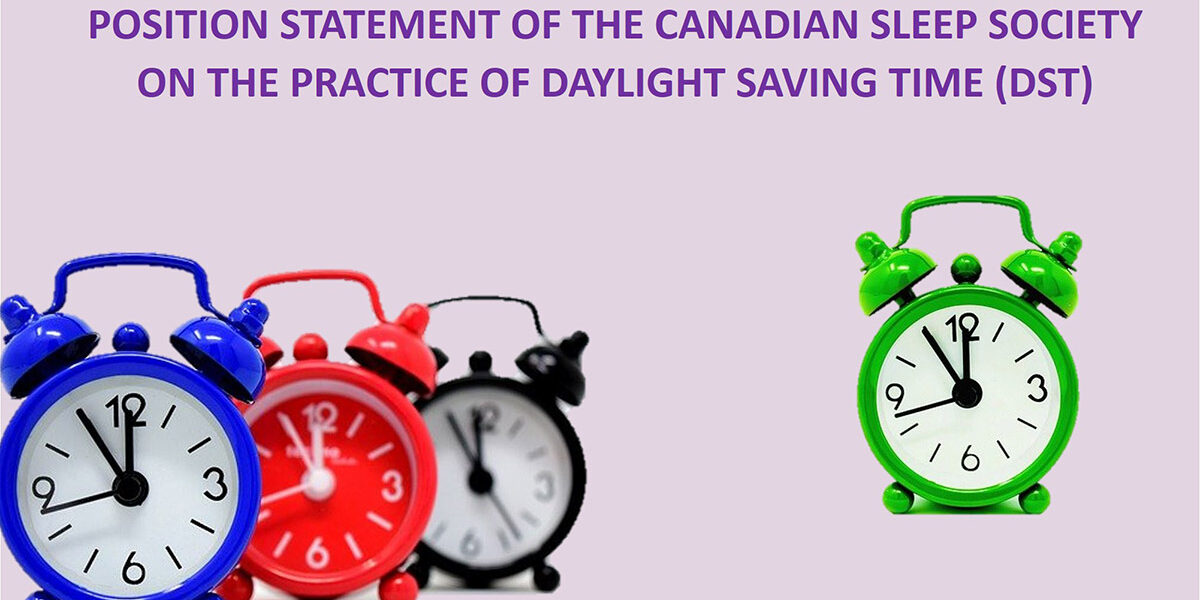 In recent years, many countries have questioned the practice of Daylight Savings Time (DST) and in several cases have contemplated or implemented its abolishment and/or replacement with other time practices. In Canada, several provinces are in the process of proposing opting out of DST to either return to constant Standard Time (ST, based on Solar Time) throughout the year or to implement permanent DST. Several National and International associations of Sleep and Biological Rhythms researchers have produced position statements on the issue. So far, all of them have recognized that DST imposes circadian misalignments, with a detrimental one-hour sleep loss upon the spring switch to DST and the fall return to ST with little evidence of extra sleep following the transition. A systematic review of the literature was conducted on behalf of CSS concerning the scientific evidence about the practice of DST. Particular attention was given to the northern geographical situation of Canada and its peculiar consequences on the relationship between time zones and natural light exposure, leading to significantly reduced daylight duration in winter and extended daylight duration in the summer.

The findings concur with those of other National and International associations with respect to the benefits of ST relative to DST. Specifically, maintaining optimal sleep and optimal alignment of the human circadian clock with daytime activities is achieved with ST. Indeed, not only does DST induce sleep deprivation at its inception in the spring but it enforces later darkness during the summer, favoring delayed bedtime, social jetlag and more sleep loss. In the fall and winter seasons, the northern position of Canada leads to a significant loss of light exposure during daytime activities, culminating at levels below 8.5 hours. This is less than in most US states who share with Canada the same time zones, particularly the southern ones. Under the current ST, the sun would rise in most major Canadian cities at around 7:45 and set at around 16:15. If DST would be implemented, the sun would rise at 8:45 and set at 17:15. This is one hour later in the morning compared to ST. Thus, most major Canadian cities, and particularly those situated above latitude 50 with narrower sunlight windows, would experience sunrises well after 8am and sometimes after 9am (Winnipeg, Calgary, Edmonton). Canadian children, students and workers would have to wake up in the dark and get to school /work without proper daylight exposure. This challenges the key role of morning light for circadian alignment and sleep deficits.

The Canadian Sleep Society thus recommends: 1) the termination of the practice of the DST in favor of the reinstatement of permanent Standard Time; 2) that the Canadian Government holds hearings on the pros and cons of DST to help in negotiations with US legislatures currently having the same debates.

If it is decided to keep the current practice of DST in Canadian provinces, two improvements should be envisaged: 1) time changes should occur in early April and early October. Time shifts would then occur closer to Equinoxes and should be less disruptive since daylight and darkness would have more equal duration; 2) time changes should be implemented on Friday nights instead of Saturday night, giving more time to most citizens to adjust their sleep before the return to Monday’s school/work activities.